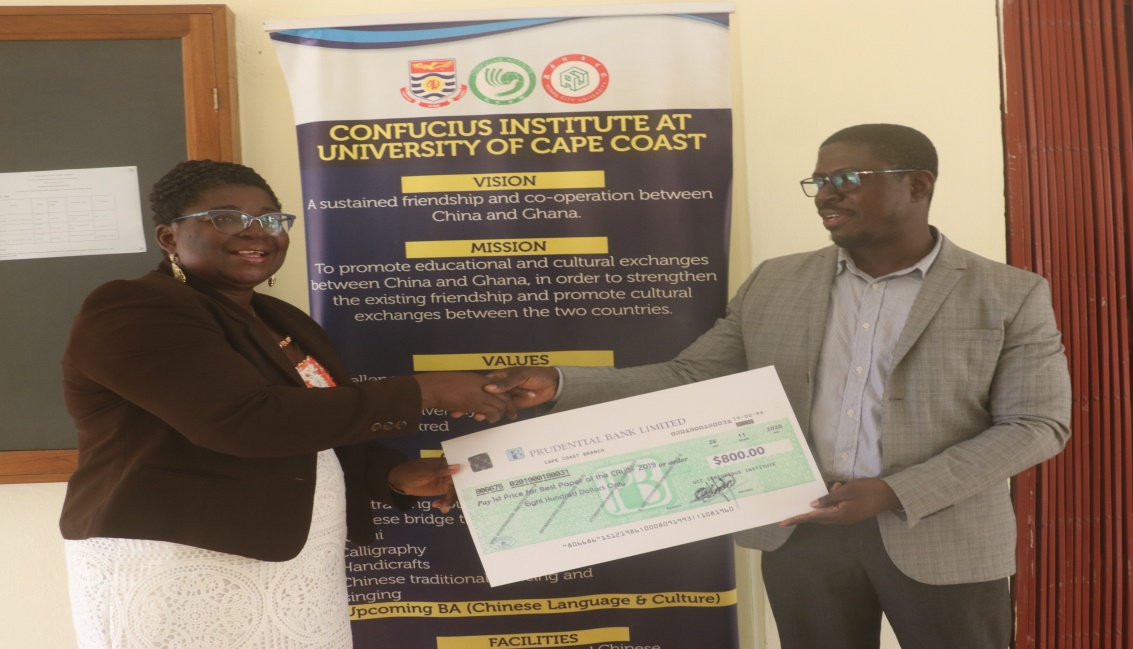 The Confucius Institute at UCC has presented awards for the best papers of the China-Africa Urban development Forum 2019. Presenting the awards, the Ghana Director, Prof. Ishmael Mensah informed the awardees that the awards were instituted to encourage scholars in Africa and China to embark on quality research that would help in addressing challenges confronting cities and to help build sustainable cities. He encouraged the awardees to work even harder so that they could win more laurels in future. The annual China-Africa Urban Development Forum, 2019 was held at the University of Cape Coast from the 3rd to 4th October 2019 under the theme, “Towards Building Resilient Cities: Opportunities, Challenges and Innovation”. Over thirty papers were presented, out of which thirteen were submitted for publication in the conference proceedings. The papers were assessed by three independent reviewers who also scored all the papers.

The first of the second prizes went to Christopher Mensah, Mawufemor Abla Kugbonu and Vincent Kweku Asimah for their paper entitled Leisure Preferences and Constraints of the Urban Dwellers of Ho, Ghana  with a cash prize of $ 400. The other second prize went to Sampson Kofi Kyei, Onyewuchi Akaranta and Godfred Darko for their paper entitled Extraction, Characterization and Application of Cashew Nut Shells Liquid from Cashew Nut Shells, which also had a cash prize of $ 400.

their paper entitled Investigation of trnh Impact of Vegetation Coverage Rate on Urban Thermal Environment: A Case Study of Shaoshin City, China which also had a cash prize of $200. Prof. Mensah informed that awardees that China Africa Urban Development Forum 2021 will be held in Cape coast later next year and asked them to submit papers for presentation at the conference.

Prof. Ishmael Mensah presenting the 1st prize to Dr. (Mrs.) Cornelia Annan-Prah, one of the authors of the best paper. 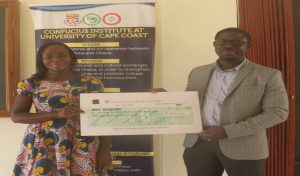 Prof. Ishmael Mensah presenting one of the 2nd prizes to Ms. Mawufemor Abla Kugbonu, one of the authors of the second best paper. 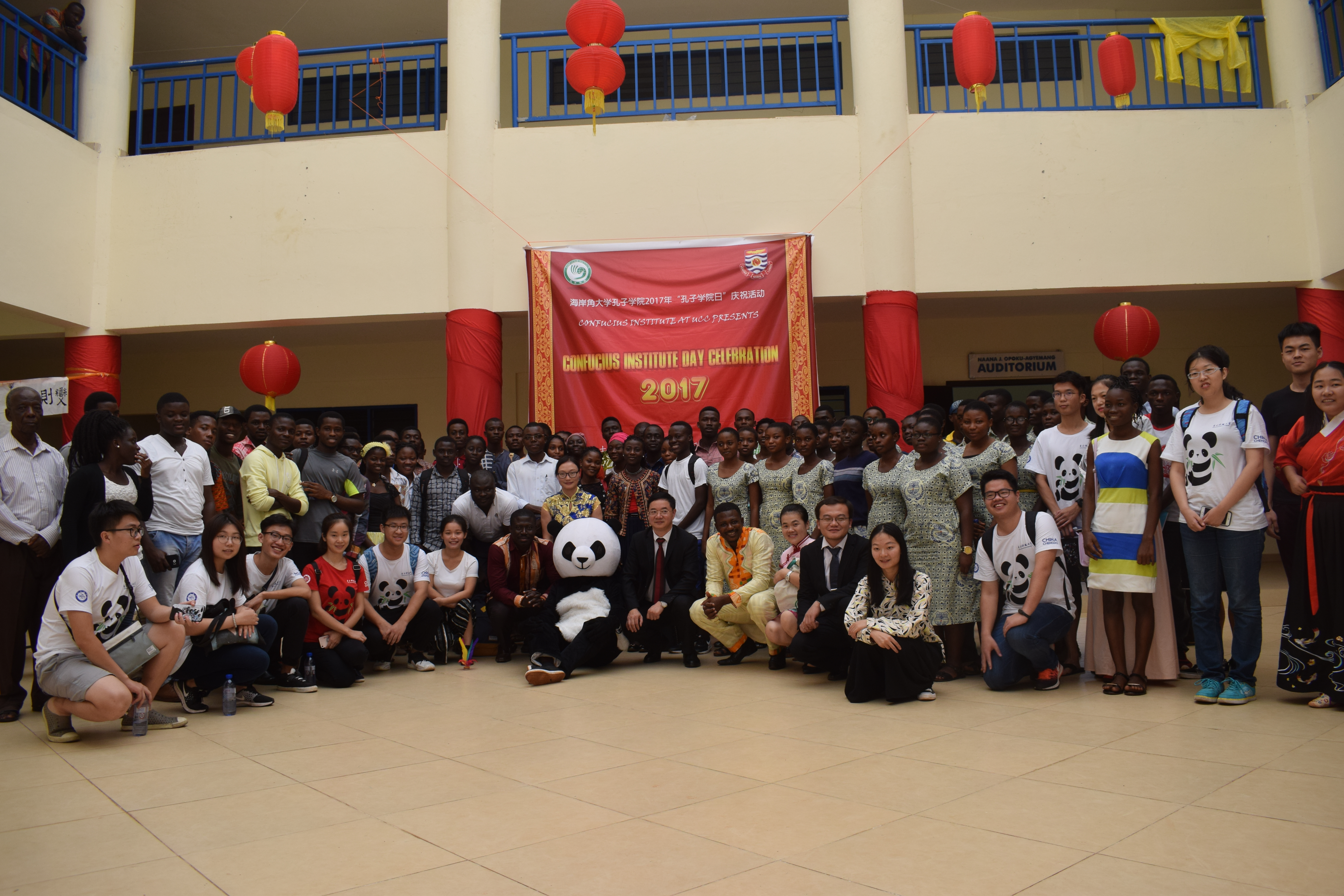