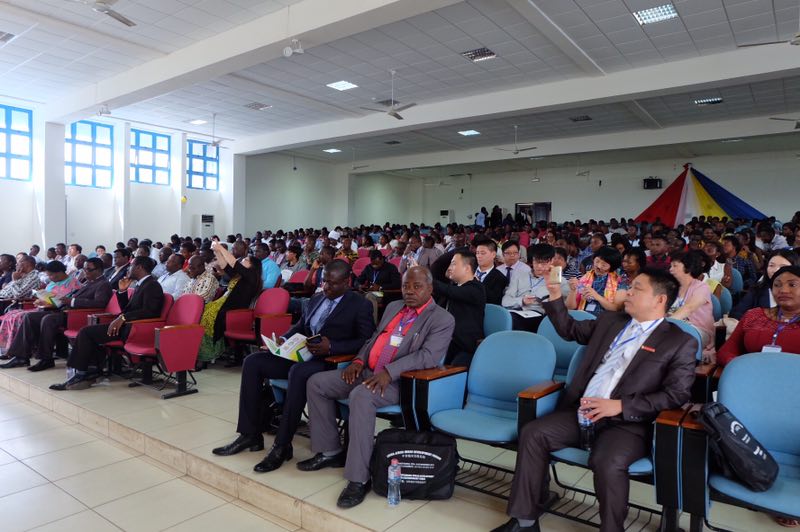 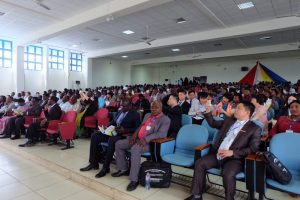 The China-Africa Urban Development Forum sponsored by Hanban and organized by Confucius Institute at University of Cape Coast, Centre for African and International Studies at Cape Coast University and Hunan City University, took off at the Auditorium 900 of the University of Cape Coast On November 20, 2017. In attendance were Hon. Boniface Abubakar Sadique, Minister for Zongo and Inland City Development, Hon. Thomas Adjei Baffour, Deputy Minister of the Central Region, Professor Liu Huihuang, Vice-President of Hunan City University, Vice Chancellor of the University of Cape Coast, Professor Joseph Ghartey Ampiah and former Vice Chancellor of UCC, Prof. D.D. Kuupole. Also in attendance were provosts of colleges, Deans of faculties, Heads of Departments, Lecturers and students. Over 1,200 people attended the opening ceremony.  The Minister for Zongo and Inner city Development and the former Vice Chancellor of UCC delivered the keynote address. There were also statements from the Deputy Central Regional Minister, and the Chinese Ambassador to Ghana Ms. Sun Baohong whose message was read on her behalf by the China Director Prof. Hu Liangcai。 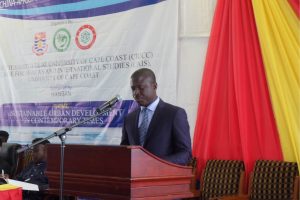 During his keynote address, Hon Aboubakar Sadique, Ghana's Minister for Zongo and Inner City Development, recounted the history of Zongo community development in Ghana and pointed out that Zongos which are mainly inhabited by Muslims, must escape from poverty. He further indicated that Zongo communities are very much part of the rich fabric that define the urban tapestry and can therefore not be wished away in our quest to develop. 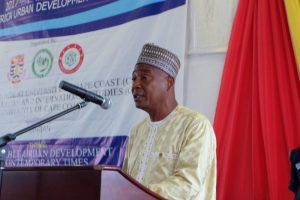 Hon. Thomas Agyei Baffour, Deputy Minister of the Central Region, recounting his recent visit to China on a trip organized by the Confucius Institute at University of Cape Coast, praised the Chinese government for the rapid development of Chinese cities.  He appealed to experts and scholars to make inputs towards the formulation and implementation of relevant government policies that will facilitate urban development.

Professor Liu Huihuang, Vice-Chancellor of Hunan City University, who was the co-chairman of the event, praised the Confucius Institute at Cape Coast University for its  ability to host such a large-scale international conference within the short year of its existence and hoped that the efforts of the Confucius Institute at University of Cape Coast can become the vanguard of research on urban development in Africa and a bridge between China and Ghana in language and cultural exchanges.

In his response, the Vice-Chancellor of the University of Cape Coast, Professor Joseph Ghartey Ampiah, said that China’s recent urban development has attracted worldwide attention. Its advances and experience in urban development should be studied and emulated. He therefore encouraged Ghanaians to Learn more about China. 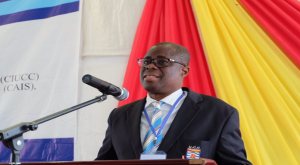 The 2017 China-Africa Urban Development Forum is the largest academic event ever organized by the Confucius Institute at University of Cape Coast. After the opening ceremony, participants from different countries continued with the parallel sessions held at the Elmina Beach Resort. Six parallel sessions were held where more than thirty experts from diverse disciplines presented papers. Topics covered included urban transport, urban environment, urban physical development, urban tourism, urban culture and urban livelihoods. After the conference, outstanding papers will be published in a conference Proceedings. 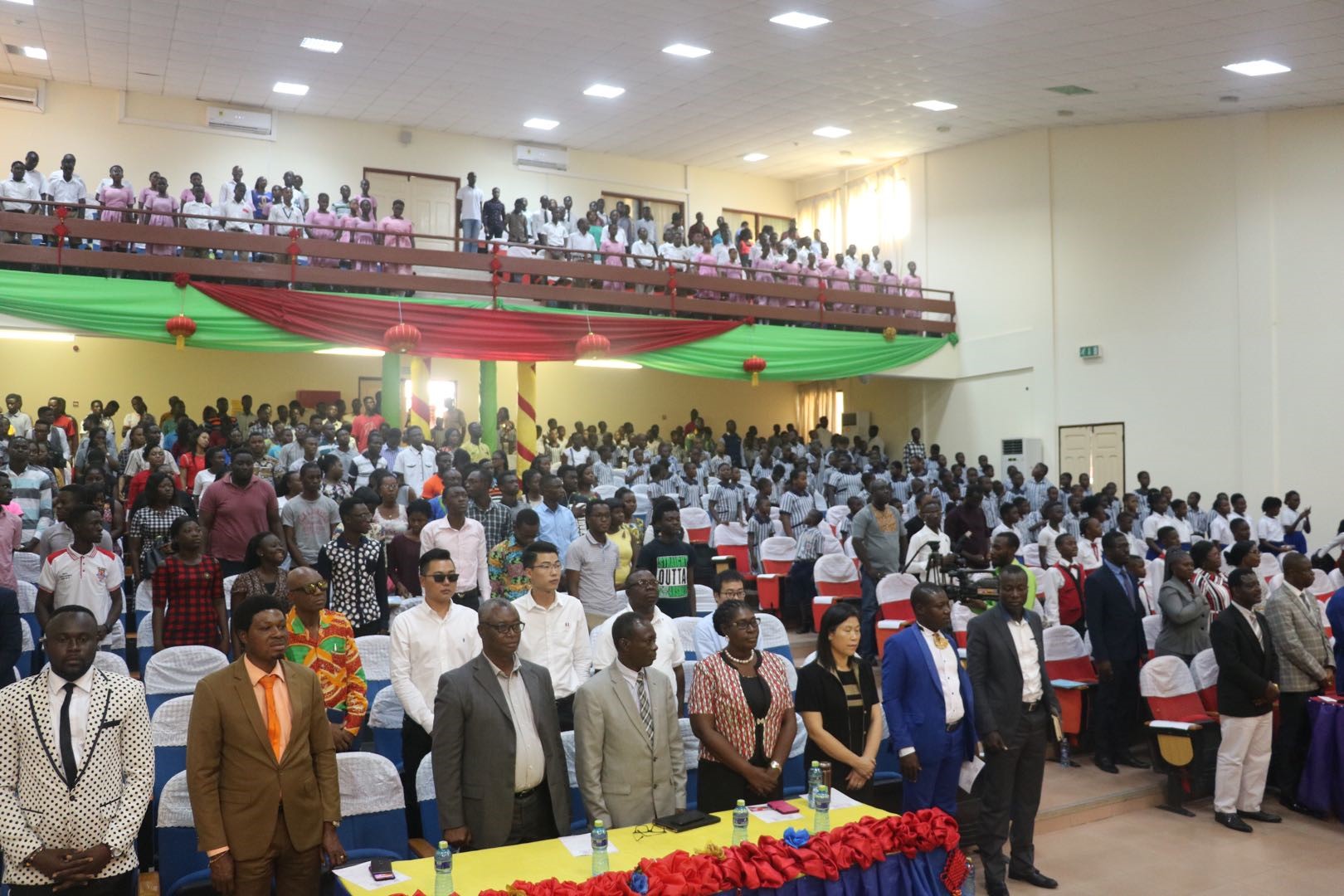 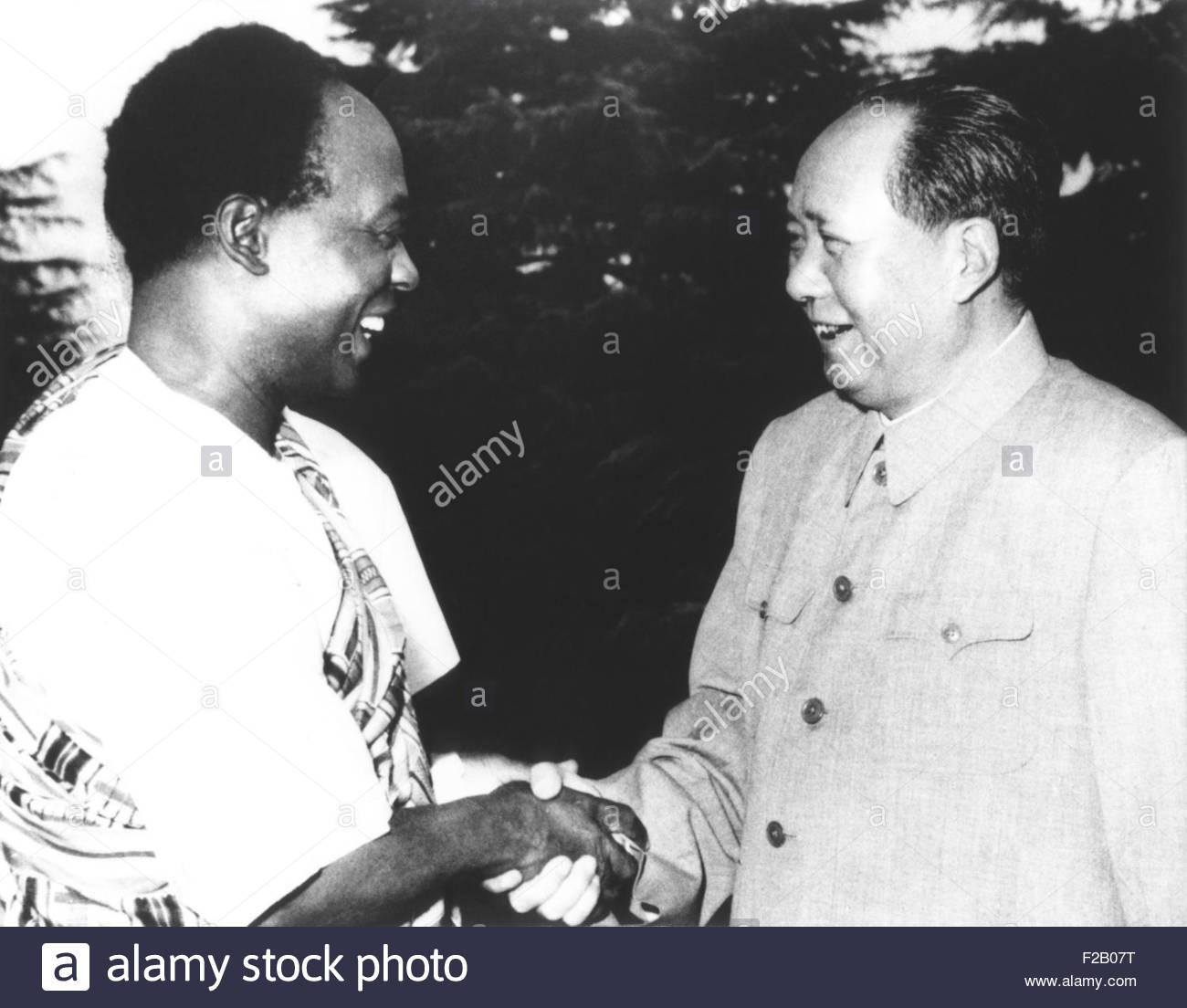 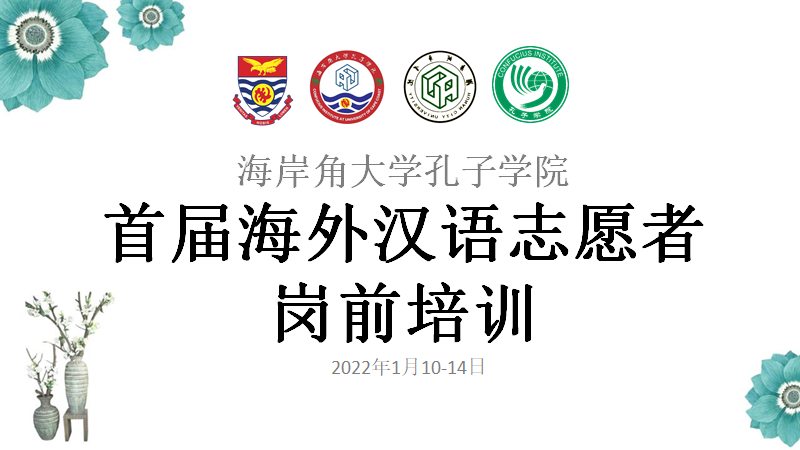