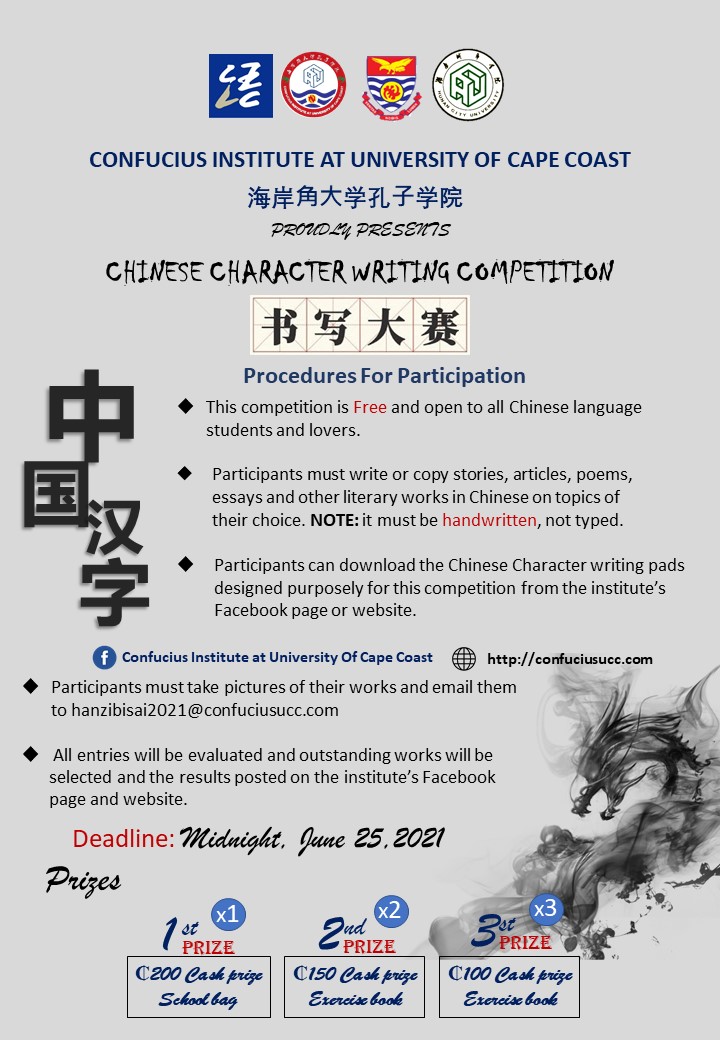 On 28th June, 2021, the Confucius Institute at the University of Cape Coast successfully held the second edition of the Chinese Character Writing Competition. The competition, which was held online, was aimed at improving the Chinese character writing ability of students of Chinese; understanding Chinese character stroke order and culture and promoting the standardization of Chinese character teaching. The competition was open to all students. Participants were not restricted with regard to what they could write on. Some chose to write Chinese stories, poems, prose and other literary works.

THE WORK OF THE FIRST PRIZE WINNER 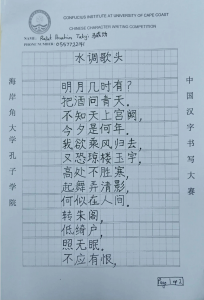 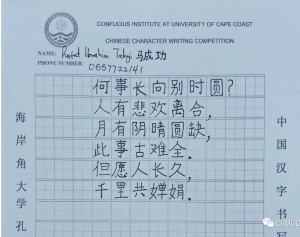 THE WORKS OF THE SECOND PRIZE WINNERS 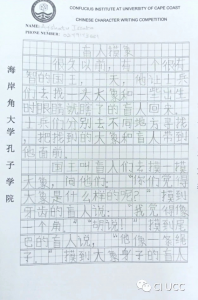 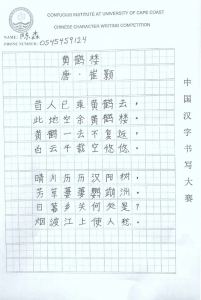 THE WORKS OF THE THIRD PRIZE WINNERS 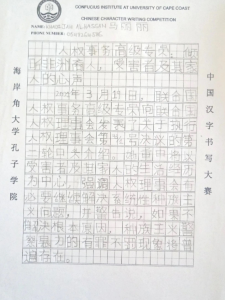 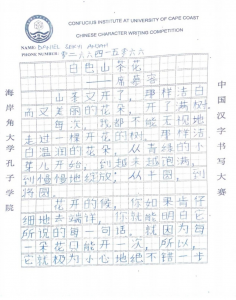 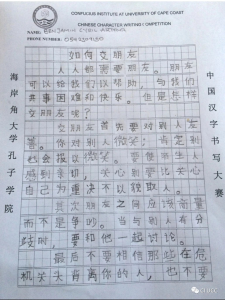 It is hoped that more and more students will participate in subsequent editions of the competition. 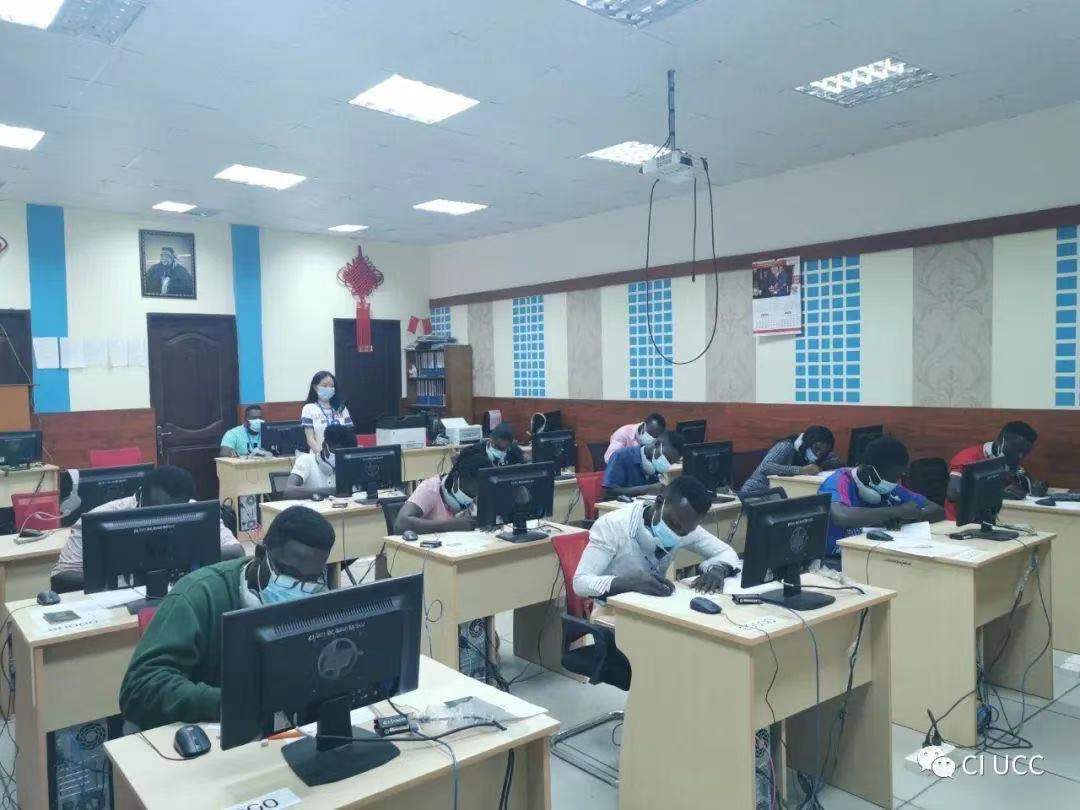 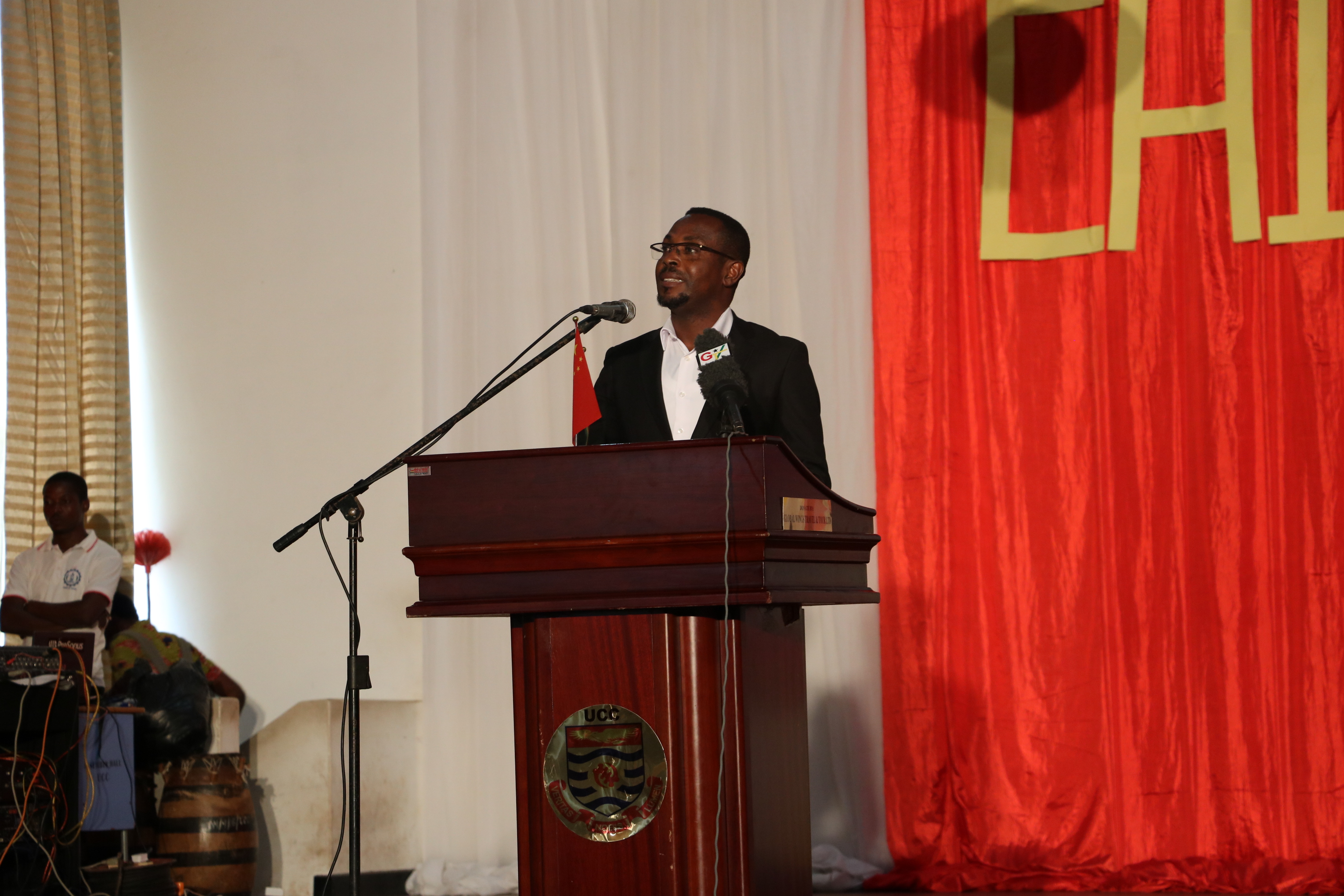